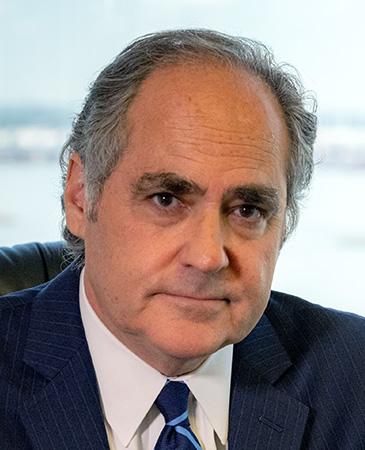 Evan Torgan is a New York City personal injury lawyer and the founding partner in the firm Torgan Cooper + Aaron, where he concentrates his practice in plaintiff’s personal injury and medical malpractice litigation. He is hugely respected both in and beyond the New York, Tri-State area and as one judge commented, “He is one of the leading personal injury lawyers in the country.

The only thing that matches Evan Torgan’s passion for his job, is his drive to better the lives of his clients.

-The Inner Circle of Advocates, an invitation-only group of the best plaintiff lawyers in the United States

Mr. Torgan is a graduate of Hofstra Law School where he was an associate editor of the Law Review. Today, he co-authors a regular column with his friend and colleague Ben Rubinowitz, titled “Trial Advocacy,” in the New York Law Journal and was an adjunct professor at Benjamin N. Cardozo School of Law, where he taught courses in Trial Techniques and Litigation.

Mr. Torgan is a member of the Inner Circle of Advocates, an invitation-only group of the top 100 trial lawyers in the United States, who are considered to be “lawyers of excellent quality and integrity.” He has been elected to Best Lawyers and Super Lawyers, and The Top 100 Trial Lawyers.